Eurosense was founded by ir. Emile Maes in 1964 with the vision to exhaustively map and accurately measure the earth from the sky, long before we all could access maps with a wide coverage and high resolution. 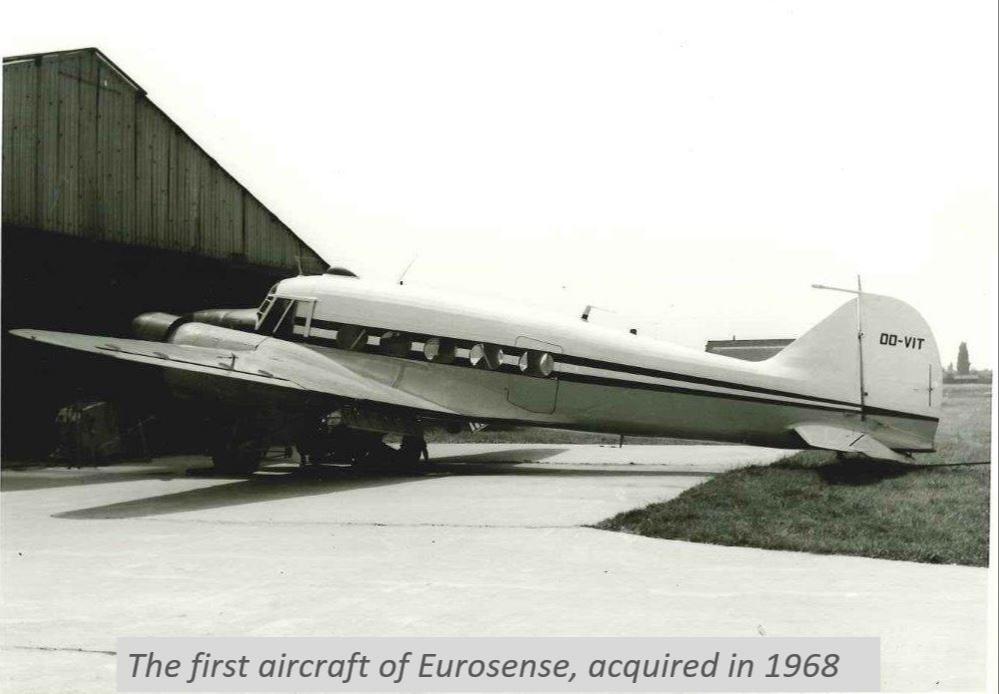 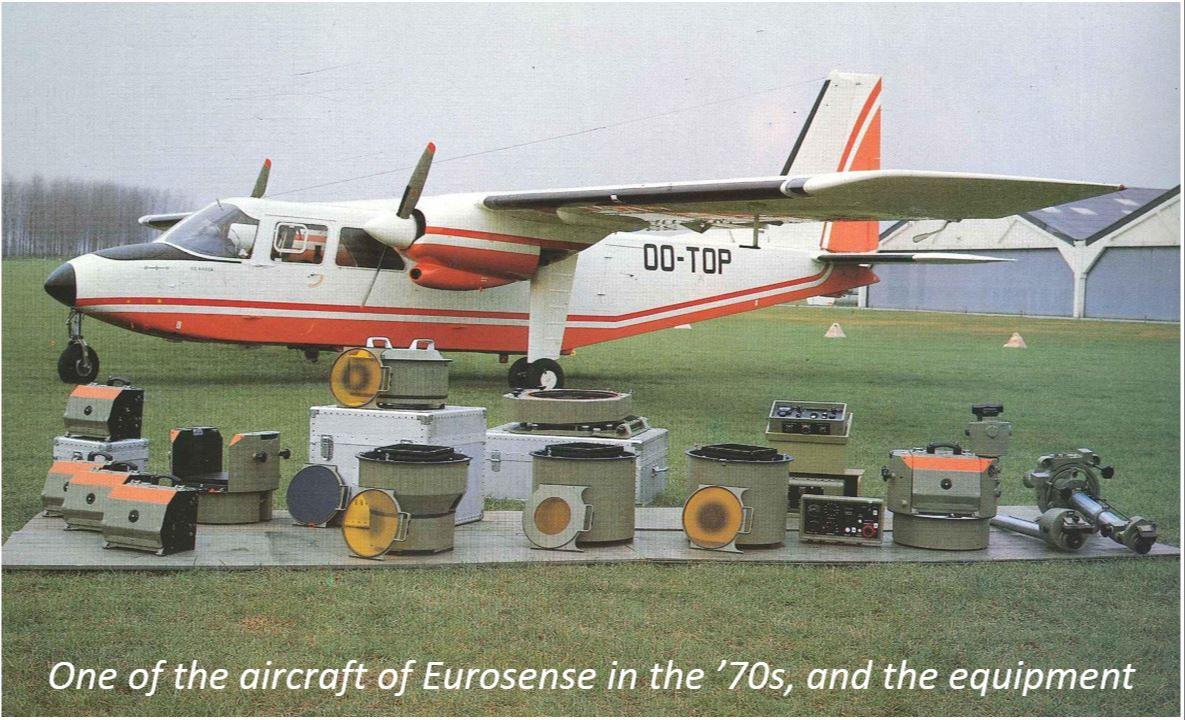 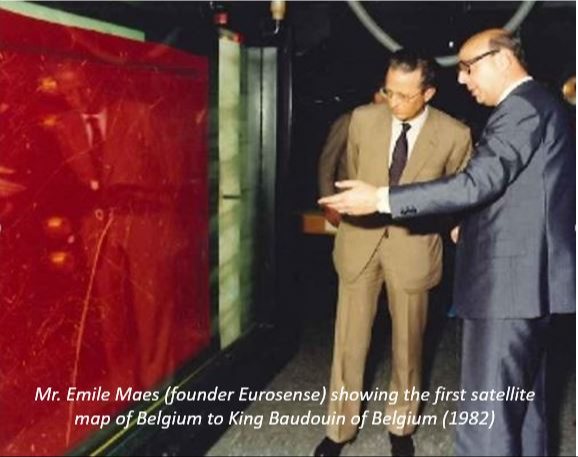 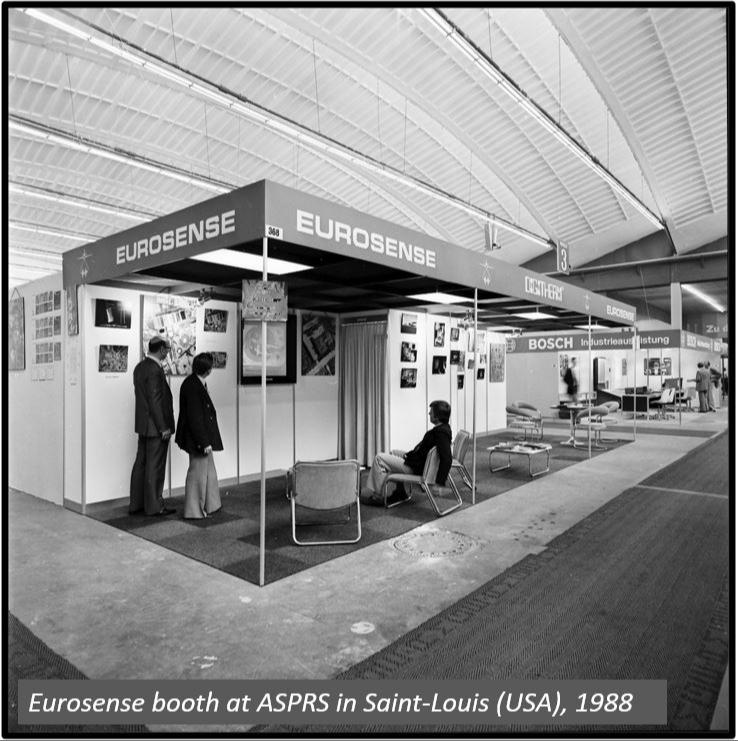 Eurosense succeeds, for the first time at world level, in creating a production system for the manufacture of digital (colour)orthophotos (Eudicort®). First Colour Orthophoto for United States Geological Survey (USGS) produced by Eurosense. In the early ’80s, Eurosense also begun with its expansion to the Netherlands and Germany. Furthermore Eurosense became the distributor for Belgium and Luxemburg of Esri software (ArcGIS) in 1988.
Eurosense starts as the first company in Belgium with aerial hypsometry using a LiDAR scanner. Hereby elevation models of large areas in Germany, France, Belgium and The Netherlands were realised by means with high accuracy (10 cm) and -then- high point density (1 point/4 m²). In the 90s, Eurosense started (as the first company in Europe) with automatic colour aerial photography. High resolution (20cm) digital orthophoto’s were used for cadastral mapping. The 90s were also marked in the history of Eurosense as the decade of expansion to France, Hungary, Slovakia, Poland and Czech Republic.

The early 2000s continued the expansion of Eurosense to Bulgaria and Romania, both still engaging several experts in photogrammetry and LiDAR. Eurosense expanded its product portfolio with three health assessments and thermography projects. Since then, Eurosense combined aerial photo interpretation with ground truthing for tree health assessments for Belgian public authorities. For thermography campaigns, Eurosense acquires images illustrating roof-top heat emission and thus giving municipalities and homeowners an estimation about their rooftop isolation. In 2009, Eurosense executed to date one of the largest thermography campaigns covering the city of Antwerp and 20 surrounding municipalities. By concurrently acquiring night images, Eurosense launched its light mapping product, assessing the light emission, or the lack thereof, in major cities helping public authorities to take safety measures. Next to the new products, Eurosense scaled up with the creating country-wide orthophotos for European countries such as for the Netherlands. In 2007, Eurosense produced the first high resolution (15cm) digital true orthophoto based on a 3D vector model of building: this was for  the City of Marseille (France). Also in the 00s, Eurosens executed several World Bank projects, and created the first digital true orthophoto based on a 3D vector model of buildings (in this case for Budapest, Hungary). 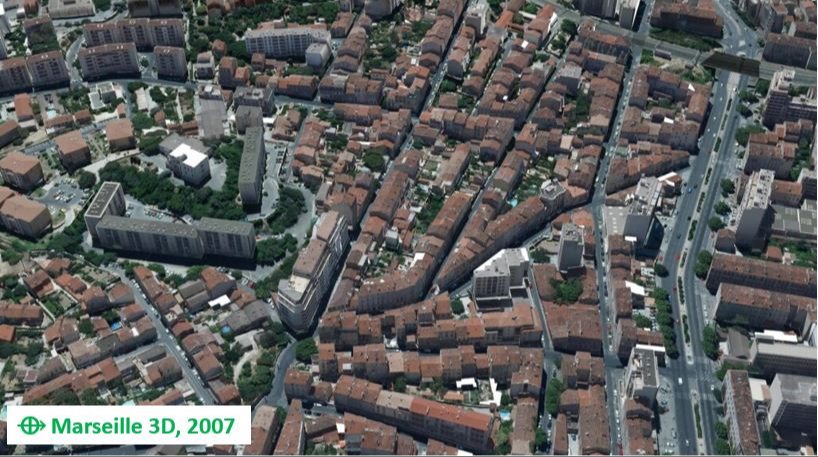 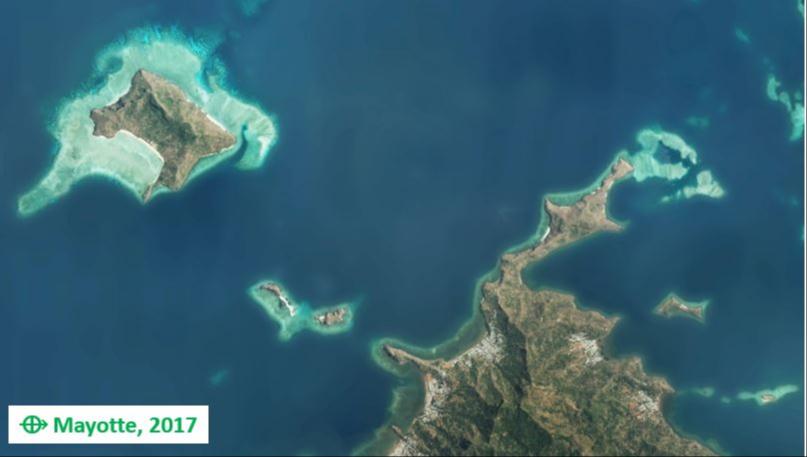 In the 2010s, Eurosense contributed to the majority of the digital terrain models of Flanders (Digitaal Hoogtemodel Vlaanderen – DHV) and the Netherlands (Actueel Hoogtebestand Nederland 3 – AHN3). Furthermore, Eurosense augmented its portfolio with the production of 3D models. Eurosense’s products were used for the Dutch telecom planning: Eurosense delivered a comprehensive dataset including true orthophotos, building footprints, land cover classification maps, and a digital terrain model covering the entirety of the Netherlands. Besides, Eurosense co-founded the European Association of Aerial Surveying Industries (EAASI), where Eurosense’s CEO André Jadot is since then holding the vice-presidency. 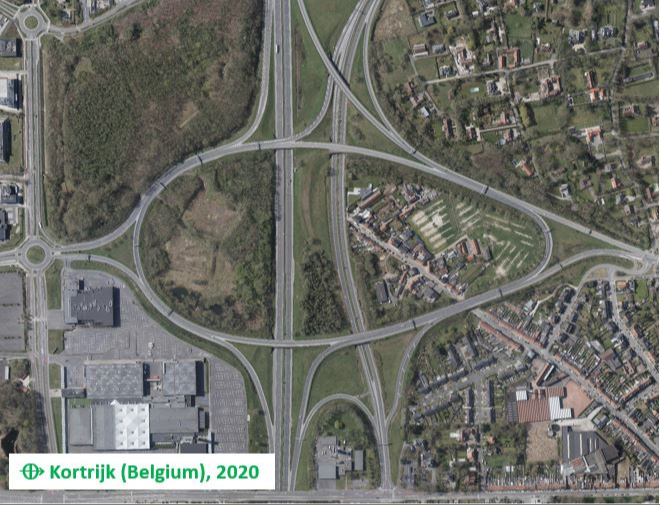 Eurosense is confidently pursuing to continue its track record of exhaustively mapping and accurately measuring the earth from the sky. The combination of the knowledge and experience of our experts, state-of-the-art sensors and powerful workstations allow us the creation of excellently detailed aerial images, measurements and derived products. With the recent developments in AI and deep learning, new value-added products are being developed. Eurosense’s geodata contribute, more than ever, to your better decisions!

We are happy to help you!